Homemade Donuts are still the best :)

What's better than having an extra long weekend vacation with good friends touring the back roads of Vermont on motorcycles? Well, nothing really. Unless, one of those friends is a loyal Donut Hunter and his wife is an amazing baker...of donuts! 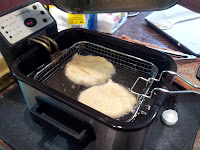 With that, The Donut Directory is happy to introduce Julie Mento. Julie is the better half of Tony Mento, of the painfully short lived "Where's Tony with a Donut series" (short, because he disappeared and took the donuts with him) and is an accomplished student in the art of homemade donutery.


With a skillful hand and a taste for interesting creative ingredients, Julie always manages to say "Really it was nothing" with an ease that would make Paula Dean gain back the 30 pounds she just lost. 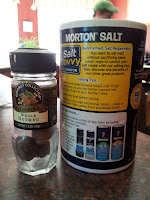 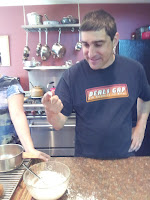 Into this wonderful batch of homemade donuts Julie stressed the key ingredient, “whole” nutmeg; boy did it work. The “whole” nutmeg gives the donut a rich, full flavor with a slight spice that is to die for. Additionally, Julie combined the bourbon base vanilla, created by our friends Fiona and Jeff, to make a sugar glaze that perfectly complements the hint of nutmeg; Tony agreed.

We ended up with over a dozen plain raised donuts, glazed, cinnamon sugar and chocolate glazed. I'm not ashamed to say that I polished of at least 7 and I'm looking forward to the next batch. I'll be sure to post the recipe as soon as Julie will give it up. But if you have a favorite recipe let us know and we'll bake a batch and immortalize you in The Donut Directory! 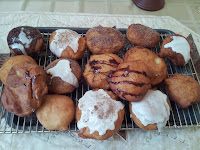 As a both and actor and Donut hunter, for me, nothing could be better than combining the two. Coupled with donuts and coffee at the snack bar and you have an evening that is sure to be a hit. 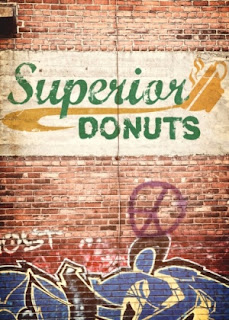 Superior Donuts is a play by American playwright Tracy Letts. Its world premiere was staged by the Steppenwolf Theatre Company in Chicago in 2008, and it premiered on Broadway in 2009. The play focuses on the relationship between despondent Arthur Przybyszewski, a former 1960s radical who owns a rundown donut shop in Uptown, Chicago, and Franco, his energetic but troubled young African American assistant who wants to update the establishment with lively music and healthy menu options. Dialogue scenes are separated by soliloquys in which Arthur discusses his past and reminisces about the city as it was in his younger years.


The captivating aspect of Superior donuts, which was partly due to the timing of our recent economic struggles and the The Lyric Stage Company's choice to present the piece in early spring, was the accuracy in which the dialogue and the characters depict all that the American dream was and all that we dreamed it could be. Once a great nation, we have tripped and fallen, but we can rise again; like a donut. Superior Donuts send just that message and does so through the hole in the donut. The audience feels like they have a seat at the counter, can feel the grittiness, the joy, and the pain that unfolds

As James Foritano's review from Arts Scope says: "What kept the plot of Lyric Stage’s presentation of “Superior Donuts” dancing for me was the sharply but subtly delineated asymmetry of the characters, all wrestling with the “American Dream” but at different and differently slippery stages of the contest. “Superior Donuts” was, for me, the national ‘conversation’ our pundits and politicians keep promising but never broaching, although I didn’t realize that dimension, fully, until long out onto the cold streets of Boston. I left the Lyric Stage full of the atmosphere and strivings of uptown Chicago, of typical Chicagoans whose orbits intersect profoundly, wittily and sometimes unsettlingly with our own neighborhoods and selves." If you have the opportunity to catch a local performance this Donut hunter strongly suggests you do so.
Posted by Donut Man at 2:16 PM 8 comments:

Thank you to my good friend and ever faithful donut hunter Deb Walther for not only reminding me that it's my favorite day in the world, besides National Donut Day, but for giving me the best reason in the world to not feel guilty about eating one on the ride home today. 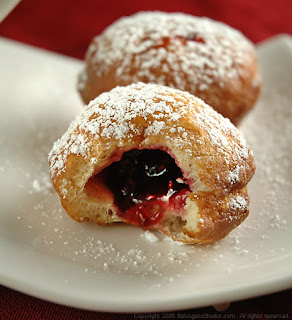 Check out all these pictures of Jelly Donuts on Ryan Seacrest.com and Pintrest and enjoy one today! Yumm.

I can't believe it has already been a year since the last National Donut Day, but here wer are again. So go out and celebrate with, well, donuts of course.

National Donut Day, celebrated the first Friday of June every year, celebrates the Donut Day event created by the Salvation Army in 1938 to honor the women who served donuts to soldiers during World War I. The holiday celebrates the doughnut, or donut and is delicious - Thanks Donut Day USA!

With that in mind let's take a sampling of what's going on in local donuts around the country to celebrate our best dough friend!


Los Angeles:  LA Weekly, where will you celebrate?

So no mattter where you are there are plenty of reasons to celebrate. Grab friend, raise a donut and rejoice - It's National Donut Day !!!!